One of the reasons I love poetry is because it brings me into more intimate contact with the world. It slows me down and asks me to give my attention to things that, in my constant, often self-inflicted busyness, I fail to notice. And it shepherds me into a deeper sense of gratitude and awe. It’s really easy for me to see the world’s ugliness—sin, suffering—and to be scared, angry, disgusted, horrified, or overwhelmed. My inclination is to see what’s wrong instead of what’s right. While poetry can perform many different functions, one of them is to attune us to the daily gifts and graces that come to us from, I believe, the hand of God.

In the spirit of Thanksgiving, here are ten contemporary poems of gratitude that can be read online. A popular tradition for this holiday is, when gathered round the feasting table, to take turns sharing what you’re thankful for. The three most typical answers for adults are: my family, my health, my job. These are perfectly fine answers. But poets can show us what it feels like to be blessed with family, for example, and can teach us how to offer praise even when our health is declining or we’re unemployed. Moreover, poets help us expand our repertoire of thanksgivings, naming things with specificity: “the incense of butter on toast” (Siegel), “the honey-colored toes of mice” (Singleton), “two daughters and one cloud, an old oak / and a great love” (Wiman), the moon that “shakes a dress of light onto my body” (Silver) and “shuffl[es] its soft, blind slippers over the floor” (Hirshfield).

I’ve listed the volume that each poem is published in—I’ve read all but the Browning one, and they’re all excellent. I hope this tiny sampling from the trove of contemporary poetry enlarges your thankfulness and inspires you to read more! Happy Thanksgiving, friends.

This August saw the homegoing of two beloved Christian art-makers.

> “Making meaning out of suffering and loss is one of poetry’s most fundamental aims,” wrote poet Anya Silver, who passed away from inflammatory breast cancer on August 6 at age forty-nine. Since her diagnosis in 2004, she published four volumes of poetry that wrap up faith with deep, honest questioning of God. Many of her poems contain imagery related to cancer and its treatment and describe with unswerving candor what it’s like to live under the threat of imminent death. When she received a Guggenheim Fellowship this year, the foundation described her work as “engag[ing] with the trauma of chronic and terminal illness, and with religious faith and mystery, storytelling, memory, and the risks and rewards of being human.” One of her best-known poems is “Psalm 137 for Noah,” written for her only child, whom she gave birth to during her illness.

“I have a tremendous amount of joy in my life, and my joy exists with pain,” Silver said in an interview with Georgia Public Radio in January. “I don’t see those two things as completely separate. All of life is woven together, and separating the strands is impossible.” Read her obituary in the New York Times, and a sweet tribute by Elizabeth Palmer in the Christian Century. 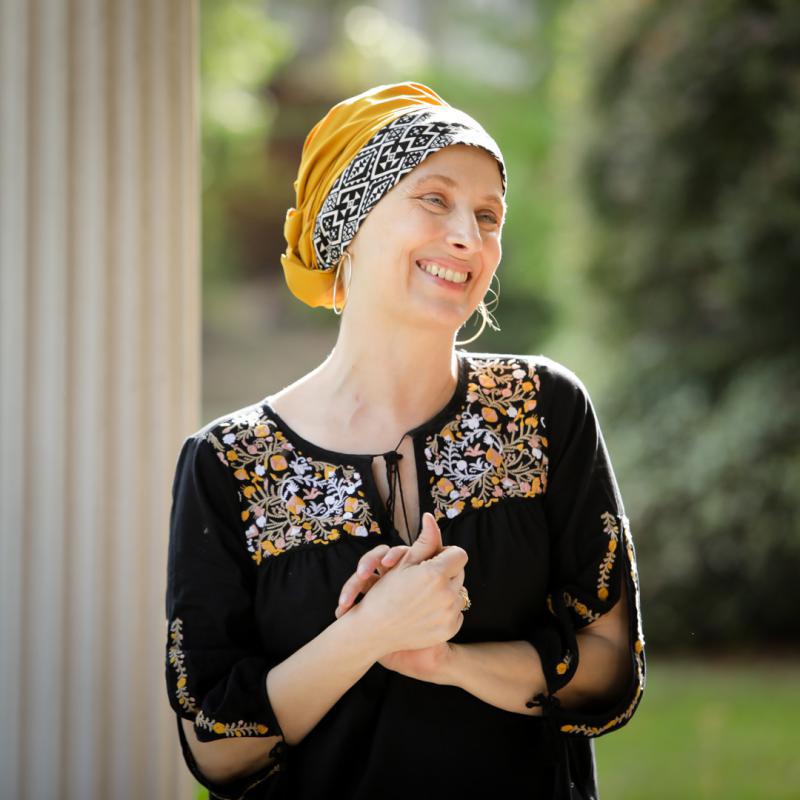 > A giant of contemporary French sacred art, Jean-Marie Pirot, known professionally as Arcabas, died August 23 at age ninety-one. He is best known for his paintings, which feature biblical characters and scenes, but he also worked in sculpture, engraving, tapestry, mosaic, and cabinetry, as well as in the theater making scenery and costumes. His magnum opus is the interior decoration of Saint-Hugues-de-Chartreuse in the Isère region of France, which comprises over a hundred works by the artist created over a span of thirty-five years.

There has been much published about Arcabas in French (e.g.) but unfortunately very little in English—though for starters, I recommend this ArtWay article. A YouTube search of his name yields several video interviews and feature news segments—again, in French. I’ve embedded a recent video homage below, which shows you inside Saint-Hugues as well as his designs for the stained-glass windows inside the Basilica of the Sacred Heart in Grenoble, a project he was working on when he died. I’d love to help bring out some of these books, or even a brand-new catalogue raisonné, in English, so if any of you have connections to Arcabas’s French publishers or people close to him, or have experience translating from French to English, let me know!

SAINT AGATHA’S GRIEF BY MELISSA WEINMAN: October is Breast Cancer Awareness Month, so what better time to get acquainted with Agatha of Sicily, patron saint of breast cancer patients. Agatha was a third-century Christian from a noble family whose martyrdom has been authenticated, although its details have not. According to legend, fifteen-year-old Agatha made a vow of virginity and rejected the amorous advances of the Roman prefect Quintianus. After consistently being spurned, Quintianus had her arrested for her faith (this was during the persecutions of Decius) and tortured. Among the tortures she underwent was the tearing off of her breasts with pincers. She died in prison, probably in the year 251.

In traditional portraiture, Agatha is shown holding her severed breasts on a platter (see, e.g., Francisco de Zurbarán). More recently, though, American artist Melissa Weinman painted a double portrait of Agatha as a modern-day woman in a white tank top enduring the tortuous experience of breast cancer. The two women stand back to back, the left figure having presumably just received the diagnosis, and the right figure bearing blood stains on the chest that indicate a mastectomy. There is an immediate sense of violation in the image, but also a sense that God’s glory is at work. While the one figure is cast in darkness, the other leans toward the light, suggesting hope and faith in the purposes of God, even in the groaning.

RECENT EXHIBITION: “Creença”: This summer fifty artists from a variety of disciplines participated in a two-month residency at Konvent, a nineteenth-century convent (now an art center) in Cal Rosal, Catalonia, Spain. Organized by Void Projects, the residency culminated in a three-day pop-up exhibition from August 30 to September 2, titled “Creença” (Belief), which included not just visual art but live theater, talks, and music.

CURRENT EXHIBITION: “Wrestling the Angel: A Century of Artists Reckoning with Religion,” Bechtler Museum of Modern Art, Charlotte, North Carolina: Through October 28, the Bechtler is showing 219 pieces of religious-themed art spread out across its large fourth floor, including works by Dalí, Rouault, Chagall, Warhol, Manessier, Bearden, and other modern greats. I visited last weekend, and while I feel that the theme was treated too loosely and therefore the exhibition lacked the full impact it could have had, I thoroughly enjoyed individual portions, and I appreciate the Bechtler, and in particular curator Jen Edwards, for bringing together these diverse works that speak in some way to religion, spirituality, or morality.

This was the first time I’ve seen Rouault’s entire Miserere (“Have Mercy”) series—all fifty-eight aquatints!—in one space, and it was stunning. Its display alongside Charlotte artist Gina Gilmour’s Break Your Guns and Stacy Lynn Waddell’s Untitled (Mike Brown’s Battle at Normandy) reinforces the theme of lament for violence and suffering inherent in all three. In the same room the set of small bronze crucifixes by Elizabeth Turk, which in their original gallery installation in 2002–03 contained lit candles in the hollows of the heads, invite further reflection on death, subtly connecting (through strategic placement) Christ’s crucifixion with the “crucifixions” of those slain in the past century through acts of war, gun violence, and police brutality.

For other reviews of this exhibition, see those by Andy Smith and Barbara Schreiber. And word to the wise: avoid the last day, because it’s a Carolina Panthers NFL home game, and the stadium is right across the street from the museum. (I wish I had thought to check the schedule before I made the cumbersome trek last Sunday!)

JAM SESSION: I love this impromptu gospel music performance by Karen R. Harding (right), Steve Brock, and Sharon Walker. They sing “Give Up (And Let Jesus Take Over)” by Howard Goodman and “Can’t Nobody Do Me Like Jesus” by Andraé Crouch. [HT: Global Christian Worship]