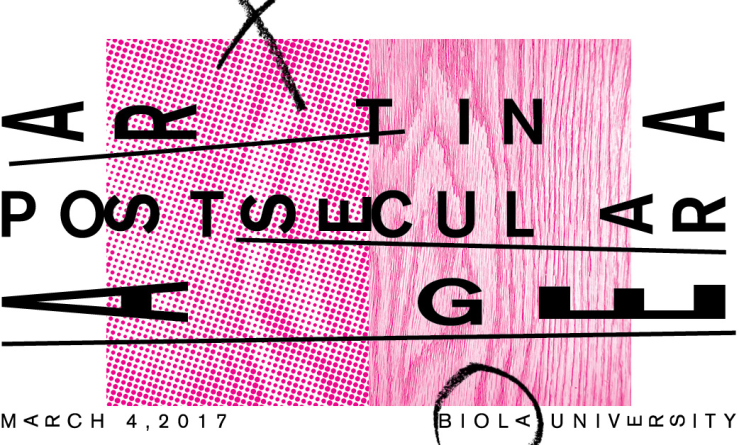 Arts and the Sacred (ASAC) series: Brepols Publishers has launched a new academic series of richly illustrated books on theology and the arts, with a focus on visual art—historical and contemporary—and they’re looking for proposals. The series editors are Chloë Reddaway (Howard and Roberta Ahmanson Fellow in Art and Religion at the National Gallery, London) and Aaron Rosen (author of, among other titles, Art and Religion in the 21st Century). First-time authors are welcome.

Table Settings and Edenland by Liturgical Folk: This month Ryan Flanigan, worship director at All Saints Dallas, released the first two albums of his Liturgical Folk project, the aim of which is to root historical church language in the inherently joyful sounds of the American folk tradition. I love how Flanigan describes it: “a vision of something refreshingly old for churches that have grown tired of the same new thing.” The first volume, Table Settings, offers twelve traditional prayers and creeds—among them the Lord’s Prayer, the Gloria, and the Trisagion—for churches and families, set to singable tunes; accompanying Flanigan on vocals are his wife, Melissa, and his three kids. The second volume, Edenland, is a collaboration with retired priest and contemplative poet Nelson Koscheski, who wrote all the lyrics; it features a wider range of vocalists. The intergenerational partnership is one element that drew producer Isaac Wardell to the project and that is highlighted in last month’s Dallas News feature story, in addition to the project’s contributions to the liturgical renewal movement in North America.

“Behold the Man: Jesus in Israeli Art,” December 22, 2016–April 16, 2017, Israel Museum, Jerusalem: “From the 19th century until today, Jewish and Israeli artists have engaged with the figure of Jesus, addressing complex questions of collective and individual identity. This exhibition, the result of extensive scholarly research, presents multivalent, unexpected, and at times subversive artistic responses: European artists reclaimed Jesus as a Jew and portrayed him as a symbol of Jewish suffering, and Zionist artists used the resurrection as a metaphor for the rebirth of the Jewish homeland; some Israeli artists related to Jesus as a social rebel or misunderstood prophet, while others identified with his personal torment or his sacrifice for the sake of humanity, which they connected to more recent victims of intolerance and warfare.” Click here to listen to audio commentary on fourteen of the works from the exhibition. See also this essay from the IMJ on the figure of Jesus in the work of Reuven Rubin.

Hacksaw Ridge, directed by Mel Gibson: The hero of one of this year’s Academy Award nominees for Best Picture is a Christian whose beliefs impel him to enlist in the US Army only on the condition that he not be made to carry a weapon—and this during World War II, when pacifism was far less acceptable than it is today. “While everybody else is takin’ life, I’m gonna be savin’ it,” says Desmond T. Doss, played by Andrew Garfield, in the trailer below. “That’s gonna be my way to serve.” Based on the true story of Desmond T. Doss, who served during the Battle of Okinawa and became the first man in American history to receive the Medal of Honor without firing a shot.

Jonathan A. Anderson is an associate professor of art at Biola University, an interdenominational Christian university in southern California. In addition to being a practicing artist, he researches and writes on modern and contemporary art criticism, especially its relationship to theology. Along with William Dyrness, he has written the first book in InterVarsity Press’s new Studies in Theology and the Arts series: Modern Art and the Life of a Culture: The Religious Impulses of Modernism.

Below is a video of Anderson presenting a paper titled “The (In)visibility of Theology in Contemporary Art Criticism” at the 2012 conference Christian Scholarship in the Twenty-First Century: Prospects and Perils, sponsored by Biola University’s Center for Christian Thought. In it he examines the problematic absence of theologically informed criticism from contemporary art discourse and posits what is (and is not) needed to redress the problem. He very clearly articulates some of my frustrations with the contemporary art world, giving lots of examples and helpful breakdowns as well as advice for Christians writing about art.

On this blog I write primarily for nonscholars, as well as for the church, not the art world (though I’m thrilled if the art world wants to listen in!). So while I do very much approach art theologically, I know I’m not exactly the voice Anderson is looking for; furthermore, I cover a limited range of art here, restricting myself, for the most part, to Anderson’s first category of “religious” art, below.

Still, I share Anderson’s desire to see a new method of criticism develop, one that takes religious belief seriously instead of sweeping it under the rug. And I try, from my own little corner, to model said method—to “work productively in the rift.”

Here’s the presentation, followed by some highlights.

His starting point is October founder Rosalind Krauss’s pronouncement, in 1979, of an “absolute rift” between art and religion. He elaborates:

The textbooks of twentieth-century art history, theory, and criticism, as well as major museum collections, readily testify to the fact that the institutional art world regards Christianity as having made negligible contributions to the fine arts during the twentieth century, and unfortunately that’s a judgment I largely agree with. But the reverse is also true: for the most part, the church has little regard for the canon of twentieth-century art as having made contributions to the development and deepening of Christian thought. For most of the last century, the worlds of contemporary art theory and Christian theology developed into distinct cultural configurations that have been remarkably disengaged from each other, often to the point of mutual unintelligibility.

The twenty-first century has seen a return of religion to art, Anderson says, but it has been a return riddled with problems. His agenda here is to (1) articulate where the primary problem in the rift lies, (2) offer an argument for how we might think of the return of religion to the art discourse, and (3) suggest ways in which Christians can work productively in the rift.

[03:13] Where does the rift between art and religion lie?

[04:28] In his landmark book On the Strange Place of Religion in Contemporary Art, James Elkins says the rift exists not in the art itself but in the academic writing about art.

[05:43] Art Since 1900 identifies and articulates the four primary critical methods that have framed the modern and contemporary art discourse: psychoanalysis, social art history, formalism and structuralism, and poststructuralism and deconstruction. (“Theology” is not one of them.)

[18:48] Summarizing Elkins: “Religious content is unable to survive the suspicious interpretative operations of avant-garde theory and criticism, which relentlessly reads behind and beneath the subject matter and pictorial composition of an artwork.”   END_OF_DOCUMENT_TOKEN_TO_BE_REPLACED