A song of confession and cleansing, “River” is from the Grammy-nominated debut album Coming Home (2015) by retro-style soul singer Leon Bridges. The music video, set during the 2015 Baltimore race riots and filmed on location less than a year later, brings together three separate redemption narratives that culminate in a neighborhood baptism via rain and water hose.

The story lines are very allusive, giving a wide berth to viewer interpretations, but here’s what I see. Three different families: a father who has perpetrated some act of violence, fleeing the site of the crime to be with his infant son; a grieving mother and her preteen boy, who lost a family member to violence; and an overworked single mother struggling to make ends meet, whose daughter longs for a better life for them both. Outside these story lines are Bridges and Brittni Jessie, who meet in a motel room after a long car ride to lift up this plea on behalf of the hurting. Into all these situations, they trust, God will bring forgiveness, healing, and hope.

At the end of the video, Bridges too enters the shower of divine grace, lifting his head high in wonder, then bowing it in humility.

Been traveling these wide roads for so long
My heart’s been far from you
Ten thousand miles gone
Oh, I wanna come near and give you
Every part of me
But there’s blood on my hands
And my lips are unclean
In my darkness I remember
Mama’s words reoccur to me:
“Surrender to the good Lord
And he’ll wipe your slate clean”

“The river in my song is a metaphor for being born again,” Bridges told Uncut. He elaborates on his Facebook page:

A river has historically been used in gospel music as symbolism for change and redemption. My goal was to write a song about my personal spiritual experience. It was written during a time of real depression in my life, and I recall sitting in my garage trying to write a song which reflected this struggle. I felt stuck working multiple jobs to support myself and my mother. I had little hope and couldn’t see a road out of my reality. The only thing I could cling to in the midst of all that was my faith in God and my only path towards baptism was by way of the river.

When thinking about how to best visually represent this universal battle, I reflected on the depiction of black communities in our media and particular experiences within my own life. This video showcases the unique struggle many black men and women face across this country. However, unlike the captured images which tend to represent only part of the story, I wanted to showcase that through all the injustice, there’s real hope in the world.

I want this video to be a message of light. I believe it has the power to change and heal those that are hurting.

The speaker of the song acknowledges the personal guilt that separates him from God: “I wanna come near . . . but there’s blood on my hands” and, referencing Isaiah 6:5, “my lips are unclean.” But he also acknowledges the One who alone has the power to wash away sin, and to him he surrenders.

The actor with blood on his shirt in the video is Genard “Shadow” Barr (I recognized him from the recent HBO documentary Baltimore Rising) with his real-life son, Jaylin. He’s a former gang member, now community activist, whom Baltimore Police commissioner (at the time) Kevin Davis reached out to after the riots to better understand the needs and frustrations of the black community. “I got a bullet hole in my head, Chief, and that will not happen to my children,” Barr said in one of their meetings. “I will die doing this”—that is, advocating for the betterment of the city, which, as another on the film said, is underserved and overpoliced.

When asked how cops can help diffuse tensions and build the trust of the people, Barr and others suggested as a starting point a flag football game—cops versus the residents of Penn North and Sandtown-Winchester. Billed as the “Unity Bowl,” the game took place on November 29, 2015, the eve of the first trial for Freddie Gray’s death, and helped both sides get to know each other in a different light.

I’m not sure whether the other actors in “River” have personal connections to Baltimore—do you know?

This music video has received over 17.5 million views on YouTube and lots of mainstream playtime—a rare feat for new gospel songs. “River” is essentially an invitation: Are you ready to be washed? Then come to the river. Experience the new birth offered through Jesus Christ.

For a live performance of “River,” see this excerpt from Saturday Night Live’s December 4, 2015, episode:

For another original gospel song from the same album, check out “Shine.” And consider catching Bridges somewhere on his world tour this year. 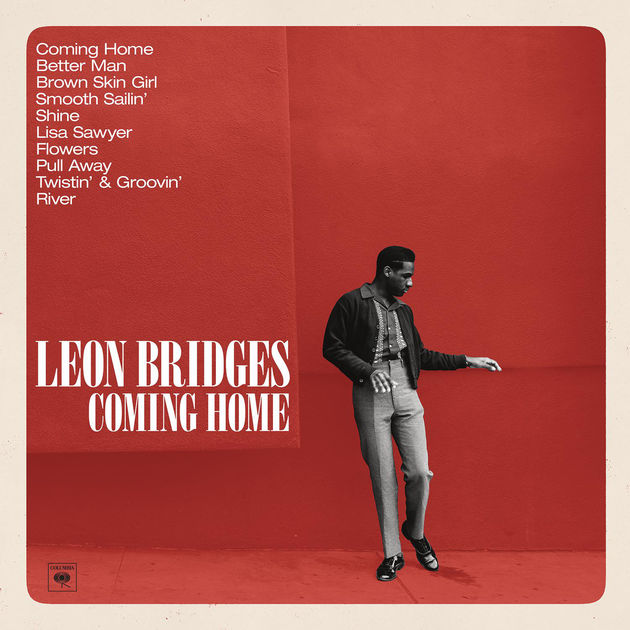 Click on the album cover to preview and purchase. [Note: This is an Amazon affiliate link, meaning that a percentage of purchases made through it will go to support this blog.]